Kerala is known as God’s own country because of its geographical and sociological features. Kerala is bordered by long coastline in the west and mountain ranges in the east. Religion has made a special impact on Kerala’s culture. Hinduism, Christianity and Islam are the main religions in Kerala. The origin of the religion of Kerala is traced to Hinduism.

The Islamic religion and Christianity came later with its various sects. Some religions had influenced the Hindus and people worshiping those religions are also found in Kerala. Those religions include Buddhism, Jainism, Sikhism etc. 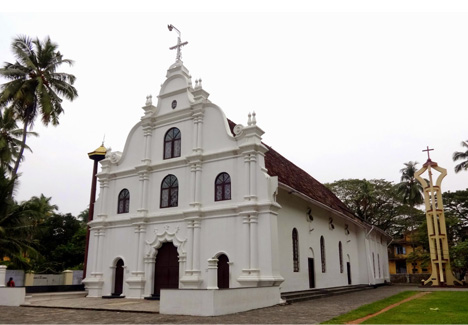 In Kerala, a sect of Christianity called the Syrian Christians believed that one of the direct disciples of Christ named St. Thomas had landed near Muziris in 52 AD and established 7 churches. Out of the 7 churches 4 exist today.

In 180 AD, another theologian from Alexandria also came to Kerala for preaching the gospel. Similarly in the 4th century, about 400 people had migrated from the Middle East. There are evidences for all these. In 1498 AD, the Portuguese came to India and it was them who introduced the Latin rites. Later, during the rule of the British, the Church Mission Society of London started their work in India.

At present, there are five sects in Christianity in Kerala. They are the Roman Catholic Church following either Syrian, Latin or Malayalam liturgies, the Orthodox Syrian Church, the Mar Thomas Syrian Church, the Church Of South India and the Nestorian Church. 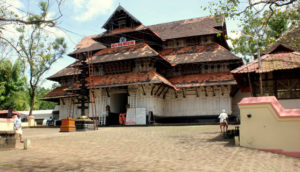 Hinduism is considered as the world’s oldest religion and it date backs to about 5000 BC. Vedas, Epics and Puranas are the sacred texts of the hindus along with other philosophical treatises. This religion is a way of life and is based on the principle of Sanathana Dharma. There are many idols which the hindus worship and the three main forms are Brahma, Vishnu and Shiva. They are considered as the creator, preservator and destroyer respectively.

Dravidians who were the earlier inhabitants of Kerala believed in primitive animism where they believed that the spirits exist in each and every object other than humans. They also believed in spirit worship. Later when the Aryans from north India arrived here, the idea of human forms of worship and caste division evolved. In Kerala, the devotees mainly worship goddess Baghavathy but there is no history about the reason for worshipping this goddess. Baghavathy is the main deity in most of the families in kerala. 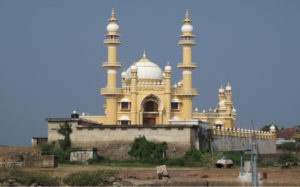 Islam religion first came to Kerala and it is considered that this religion entered into India via Kerala. During the 7th century, Kerala and Middle East had trade relations. The Jews and Arabs were the pioneers in spice trade.he Islam religion was spread through these traders who came from Middle East. The Muslims are very efficient in the field of trade and commerce. Like the Muslims elsewhere in the world the people in Kerala are also very orthodox in their beliefs.