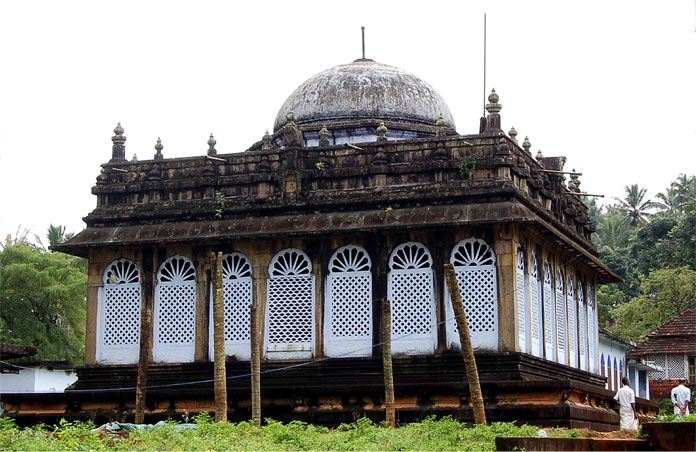 Pazhayangadi Mosque is a very old mosque located in Malappuram district. It is said to be built during 18th century and is also called as the Kondotty mosque. This mosque is dedicated to Muhammad Shah who was a holy man. He is popularly called as Kondotty Thangal. It is constructed in the Mughal style. The mosque has a magnificent dome and is white in color.

Thousands of devotees visit this mosque. This is the first mosque in India that was constructed for worship. The festival conducted here is Valiya Nercha popularly called as Kondotty Nercha which is held in the months February / March. This lasts for a week and local vendors put their stalls in the premises. The best time to visit this mosque is during this festival season.