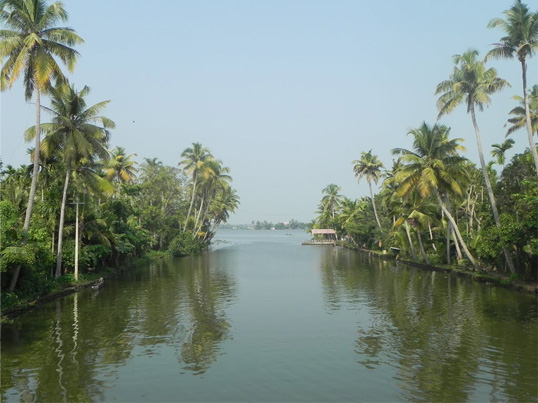 Kuttanad is a place that lies in between the hills and the sea. It has a long stretch of waterways consisting of rivers, lakes, canals etc and is considered as the heartland of backwater tourism. This place is called as the rice bowl of Kerala. This is because of the cultivation of the paddy crop in large quantities and is the main source of boiled rice. The paddy fields border the backwaters. Here the land lies below the sea level and so the level of water is here higher than that of the land. Kuttanad backwater is considered as a paradise by the tourists who visit here and is a famous tourist destination. The tourists can take a backwater cruise in houseboats and are very much attracted towards the scenic beauty of Kuttanad. There are more than 200 houseboats in Kuttanad. On this journey the tourists can view the lifestyle of the people in this area and also their culture. This helps one to understand the traditional lifestyle of Kerala.

The four main rivers namely Pampa, Meenachil, Achankovil and Manimala flow into Kuttanad. The Kuttanad region is found mainly around the Vembanad lake. On a backwater cruise, one can see the wide species of birds that are found here such as darter birds, parrots etc. There are also ducks which move in the backwaters, all together in large groups making loud quaking sounds. There are kettuvallams which are used mainly for transportation of goods to the markets.  Fishing is one of the main jobs of the people here and the famous fish that is found in this backwater is the Karimeen.