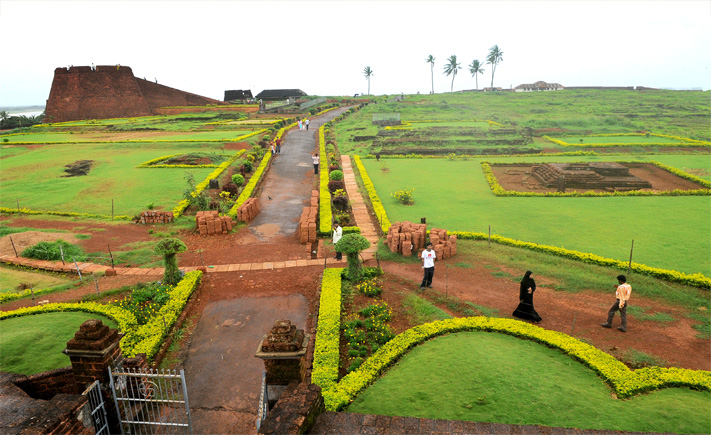 Kerala is an important tourist destination. Many people visit here mainly to enjoy the beauty of the nature and also to spend some time admiring the architecture and cultural creations in our state. Forts are one such thing that attracts a large number of tourists. There are many forts in Kerala which are examples of pure colonial powers in our state and it also demonstrates the influence of foreign culture in the architecture. The historical cultural heritage of Kerala can be understood by looking at these forts.

In the olden times, many European countries have made their settlements in Kerala. Some of the forts built by them include St.Angelo’s Fort, Bekal Fort, Palakkad Fort, Chandragiri Fort, Cranganore Fort etc.

Bekal fort which is situated in Kasaragod district is the largest fort in Kerala. It is well preserved and has an attractive feature which is a giant keyhole shaped structure. It is surrounded by the Arabian Sea. It is very much near to the sea that the waves can make the exteriors of the fort wet. At present it is controlled by the Archaeological Survey of India.

Chandragiri fort is situated in Kasaragod district. It is a beautiful sight to see this fort bordered by the Chandragiri River. It is square shaped and is around 46 meters in length

Chendamangalam fort is in Ernakulam district and is one of the oldest forts of India. It is believe to be around 450 years old. There are many valuable historical documents, relics etc which are kept for display.

Cranganore Fort also called as Kodungallur Fort or Kottappuram is in Thrissur district. It was constructed in the year 1523 by the Portuguese. The fort is now ruined and the Archaeological Department of Travancore took a pillar from this fort to preserve it as a public property.

East fort is located in Thiruvananthapuram district and is built around the Sree Padmanabha Swami Temple.

Pallippuram fort is situated in Ernakulam district and is built by the Portuguese in the year 1503. It is the oldest European monument in India that exist even today.

Tipu Sulthan constructed Palakkad Fort which was later modified by the British. At present this fort is preserved by the archaeological survey of India.

St Angelo’s Fort is located in Kannur. It was under the control of the British and at present it is preserved by the archaeological department.