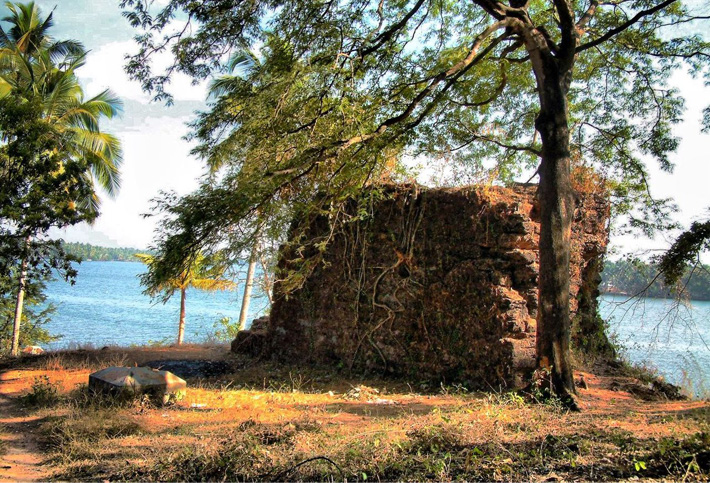 Cranganore Fort which is also known by the name Kodungallur Fort is in Thrissur district. Another name for this fort is Kottappuram fort. The word meaning of ‘Kottappuram’ is ‘the place around a fort’.  It was constructed in the year 1523 by the Portuguese. Later in 1661, the Dutch took over the control of this fort. From the Dutch, it came into the hands of Tipu Sulthan. The Dutch again fought for the fort and got possession over it. But finally Tipu got it back and then destroyed it the next year. The remains of the walls are still there and are called as the Tipu’s fort. From the ruins it can be understood that the thickness of the fort wall would be around 18 feet. There are some churches and houses built by the Europeans near to this fort. As this fort is found in a ruined state, the Archaeological Department of Travancore took a pillar from this fort and preserved it as a public property.