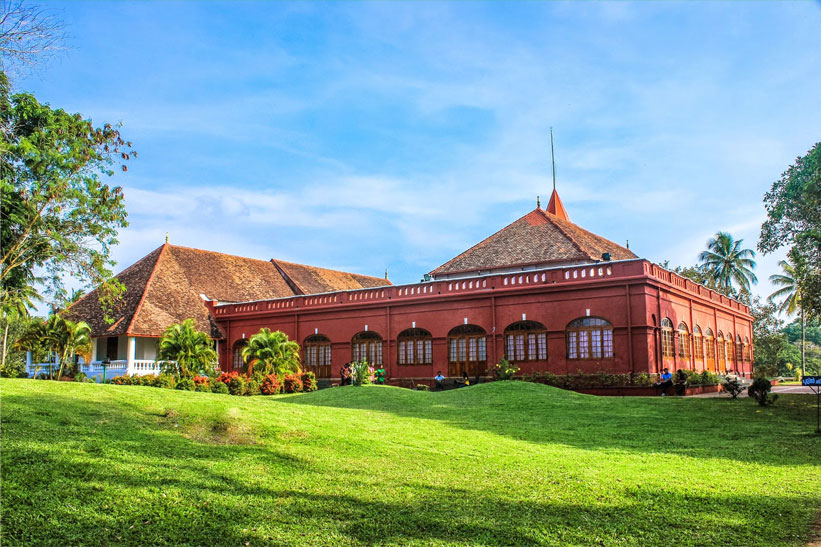 The monuments of Kerala are the temples, palaces, churches, forts, mosques, bungalows etc. All these buildings are samples that prove the historical and cultural heritage of our state. They have helped in building the bygone era. The people here have preserved their past by building certain buildings that adds beauty to the greenery of Kerala. These buildings or the monuments as we call them today exhibit wide variety of architectural patterns. It is quite impressive that it is the thoughts of great craftsmen and architects that are expressed in stones. All the monuments are preserved well.

The temples of Kerala are really beautiful and elegant that represents both simplicity and richness. These will be in the Nalukettu or Ettukettu architecture form which is the traditional style in Kerala. A wide variety of artistic taste can be seen from them such as tall flagpost which represents the Aryan spear, the central alcove that represents the Dravidian style. The ancient temples will be without a roof which is called as ‘Kaavu’.

The monuments of Kerala are a must visit destination as it is not only liked by the history enthusiasts but also definitely a paradise for the photographers. The monuments will be decorated with mural paintings which are worth seeing.

Bastion Bungalow is was built by the Portuguese at the end of the Church road in Fort Kochi. It is a pure representation of Indo European style that follows the Dutch style. Currently it is the official residence of the Sub collector. It has the name Bastion because it is located on the Stromsburg Bastion of the Dutch fort. This bungalow is spherical in shape and its ceiling is tiled.

Chennamangalam synagogue located in Chennamangalam village was built by the Portuguese in the year 1614. This building is an example of Kerala architecture together with Western technologies. . With the help of the Archaeological Department and funds from Kerala Tourism, this synagogue was recently renovated without destroying the original monument.

Mattancherry synagogue which is also known as the Paradesi Synagogue was constructed in the year 1568 by the Jewish community in Cochin. Hence, it is also referred to as the Cochin Jewish Synagogue. It was built on the land that was gifted to the Jews by the Cochin King. It is located in a place called Jew town.

Mattancherry palace which is situated in Kochi is also called as Dutch palace. This palace was constructed by the Portuguese in the year 1555 and was presented to the Raja of Kochi, Kerala Varma. Later in the year 1663, the Dutch made some renovations to this palace and so came to be called as the Dutch Palace. Mattancherry palace was restored and is considered as protected monument. The monument will be again restored with International standard and also preserves the important features as well.

Poonjar palace is located in Kottayam district. It stands as a proof of the ambience of the rich past of this place. The Rajas of this palace are connected to the Travancore royal family. This palace which is around 600 years old is constructed mostly of wood.

Koyikkal Palace is located in Thiruvananthapuram district. The main attractions of this palace include the Palace and two museums. The museums are the Folklore Museum and Numismatics Museum which is set up by the Department of Archaeology. All these make it an important tourist destination and attract a large crowd.

Kanakakunnu palace is a very beautiful building situated in Thiruvananthapuram district. This palace is constructed on the crest of a hill. Kanakakunnu palace is an important tourist destination and many people from all over the world visit this palace. Some cultural fests are also conducted from the large ground in front of the palace. This also makes it a tourist hot spot.