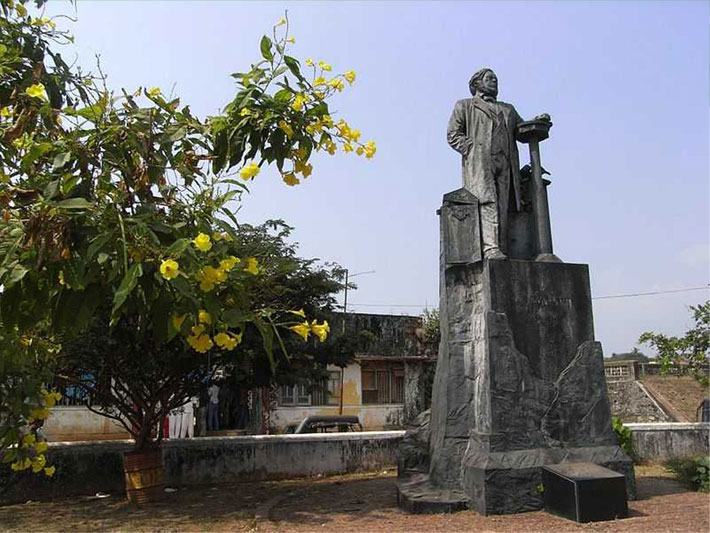 Gundert bungalow is situated in Kannur district. It was here Dr. Herman Gundert who was a German scholar and missionary stayed. He was the one who prepared the first Malayalam dictionary. The first Malayalam newspaper was also developed from here. He lived here for around 2 decades. This bungalow is considered as a historically significant place. The building has wide doors, verandahs, caves etc which are examples of architectural beauty. The design of this building is unique and is constructed in the form of watch tower. It was used by the Thalassery judicial magistrate Mr. Thomas. Later he donated it to the Basal Mission from which Dr. Herman Gundert occupied this bungalow. At present Gundert Bungalow is a famous tourist destination.