In Kerala, the climate is moderate the entire year. The hilly areas experience cold climate whereas the plains and coastal areas have a warm climate. Kerala gets rain from two monsoons, the south west and the north east. The South West monsoon starts from May-June and continues up to July-August.  The north east monsoon starts from August – September and ends till October – November. It is warm and humid climate during the months March to June. 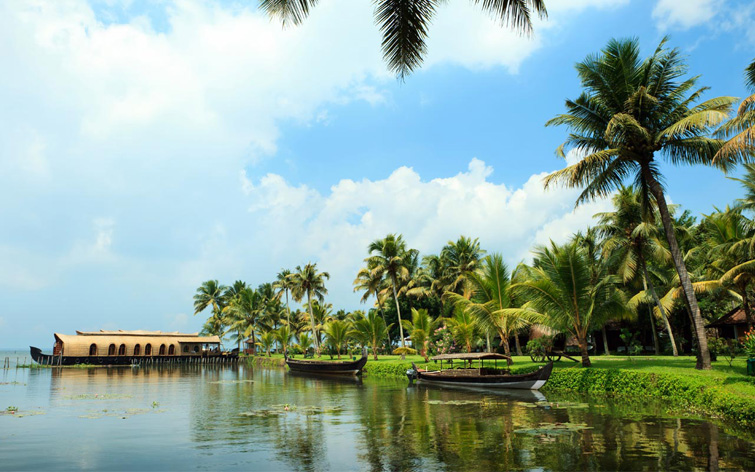 In Kerala about 28.90% of the total land area is covered by forests. The total forest area may be around 11,125.59 sq.km which comes under reserve forests, proposed reserve and the vested forest.

In Kerala, there are about 476 different species of birds. These include resident birds as well as migratory birds. The population of the birds is getting reduced due to several factors. Many species of birds are facing extinction.

Kerala is rich in reptile and amphibian diversity. The total species of reptiles reported in India is 440 of which 187 occur in Kerala. About 130 of these are restricted to the rain forests. They included turtles, snakes, lizards like geckos, skinks and the agamids.

Kerala obtain good rain and has a tropical climate which is very suitable for growing flowering plants. Due to the climate in Kerala, there are many types of flowers found abundantly and naturally. Some flowers are common whereas there are some which are rare.

Kerala is a green state having variety of trees. The trees of Kerala are grown in forests, villages and in cityscapes. Trees are very useful in various ways where it provides food, medicine, timber, firewood etc. Trees also have many medicinal values.

Kerala is a green state and there are a wide variety of trees and plants. There are different species of trees and some of them are cultivated for fruits.

Kerala can be called as the land of water bodies. It has numerous waterfalls and backwaters, 34 lakes with sparkling blue and green waters, and 49 rivers with plenty of tributaries and distributaries. For those who love and admire nature, Kerala is a natural paradise