One of the most important parameter of business and economy in Kerala is agriculture and it has the highest priority. About half of the total population in Kerala makes their livelihood through agriculture. Kerala leads in the cultivation and production of certain crops. For example, Out of the total production of pepper in India around 96 percent is from Kerala. Same is the case with the production of rubber where the estimated percentage is 91. Other important crops include coffee, tea, coconut, cashew, spices etc. The staple crop grown in Kerala is the rice or paddy. The home gardens in Kerala also grow a variety of crops such as vegetables, spices, coconuts and fruits locally. 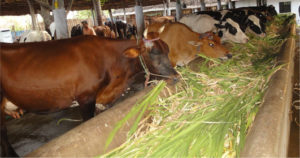 For the economic development in rural areas, livestock development is also essential. Animal husbandry and livestock are equally important. This provides employment to a huge population particularly for the unemployed and landless people. Managing livestock includes various tasks and a good number of the Keralites are engaged in this work. The tasks include milking, feeding, cattle breeding and its healthcare, and livestock management. Various incentives and help are provided from the side of Government for those who are engaged in such type of jobs. This helps to promote the livestock. To provide education to the backward people regarding the methods and techniques of managing the livestock, various educational programs are conducted. New breeds of cattle have been introduced which helps to increase the production of milk in Kerala.

Kerala produces large quantity of freshwater and marine fish every year. About 10.85 lakhs of people are engaged in the fishing processes. The other activities related with fishing are processing, packaging, transporting and exporting the fishes. To improve the life of fishermen and other workers engaged in fishing activities, the Department of Fisheries has implemented various schemes. The production of fishes has a great impact on the business and economy of Kerala. It is estimated that about 6.75 lakh tones of fish are produced yearly. 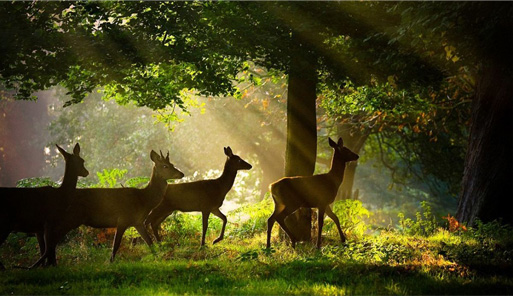 Kerala is rich in variety of flora and fauna. About 10,336 square kilometers of land in Kerala are covered by dense forests. Forestry and wildlife also has a significant impact in the economy of the state. As Kerala is rich in wide variety of herbs, they are exported in large quantities to outside India. The income obtained as a result of exporting herbs and herbal products made a huge contribution to the foreign exchange earning. Some of the byproducts obtained through forestry and wildlife include ivory, oils, woods such as rosewood, teak wood, sandalwood, natural incense, scents and hides of the animals etc. Besides these various other industries such as leather items producing units, wood and ivory carving business, perfume and incense preparing cottage industries are also established in which the main products are obtained from the forestry and wildlife scenario.

In Kerala software, e-business and e-commerce industry has a rapid growth. The income obtained through IT is increasing at a fast rate as there is an increase in the investments made by the multinationals and creation of IT parks such as Technopark and Infopark. Kerala is a major tourist destination in India and hence tourism also plays a significant role in the state’s economy. The health care profession is also flourishing in the state.