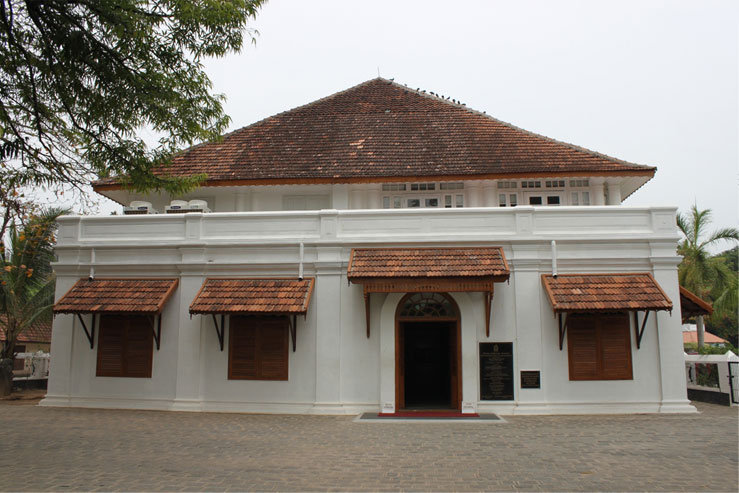 Pareekshith Thampuran Museum is an archeological museum situated on the Durbar Hall Road in Ernakulam. It is also called as Durbar Hall Art Gallery. This museum has wide collection of articles such as paintings of the 19th century, old monuments and coins, stone sculptures, scriptures made of Plaster of Paris, murals and some valuable items that belong to the Cochin royal family which includes arms and ammunitions, antiques etc. This museum is considered to be one of the best in Kerala and also in the whole of India

Before declaring this building as a museum, it was a venue for receiving guests of the Cochin Royal Family. It was from here that some of the important functions and ceremonies were conducted. The main attraction of this building is the beautiful structure in the earlier guest room of the Ruler which is called as the Durbar Hall. It was constructed in Kerala style architecture. At present this museum is under the control of the Archaeological Department. This museum was named after the last ruler of the Cochin Royal family named Rama Varma Parikshith Thampuran.