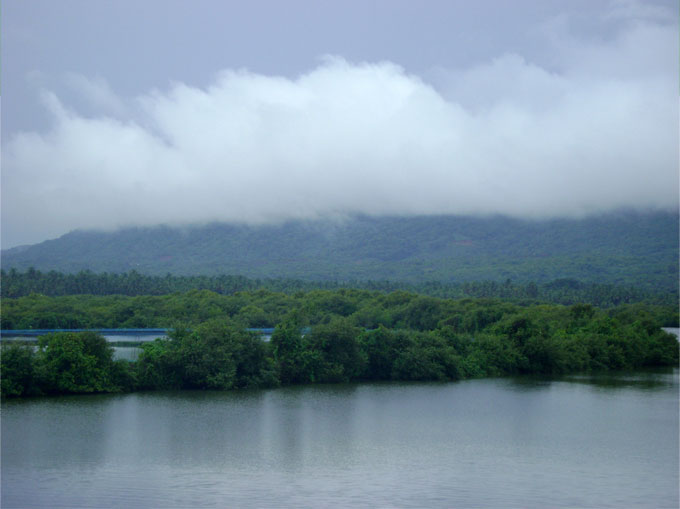 The mountain ranges of Ezhimala are situated in Kannur district. The hillocks have a height of around 286 m. It has some historical significance because this was the headquarters of the Ezhimala Rajya in the Sang period. It was the seat of the Mooshika dynasty. This area was formerly known as Ezhil mala which means ‘high hillocks’. This name later reduced to form Ezhimala. It was the landmark for the sailors. At the bottom of the hills there are burial chambers, caves, platforms etc which indicate that these areas were inhabited from the ancient times itself. The hills are home to some of the rare medicinal herbs.

Ezhimala is close to the Arabian Sea. According to the legends, the Ezhimala is related to Ramayana tradition. It says that during the battle between Rama and Ravana, many from Rama’s army were killed. In order to bring them back to life, the senior member of the vanara sena named Jambavan prescribed to bring four medicinal herbs from the Himalayas. Hanuman was sent in search of it. On reaching the Himalayas, Hanuman could not recognize the medicinal herbs and so he plucked the whole mountain and flew back to the war land. On the way a piece of the mountain fell into the sea and that was Ezhimala. It is the belief of the local people here and so they think that Ezhimala still possess those medicinal values.