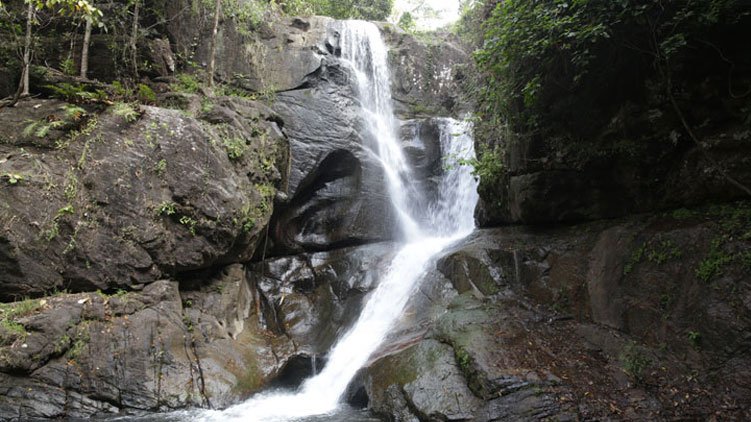 At the bottom of the waterfall, a small pool is formed and one can even take a dip from here. The forest houses several species of birds, animals and plants.