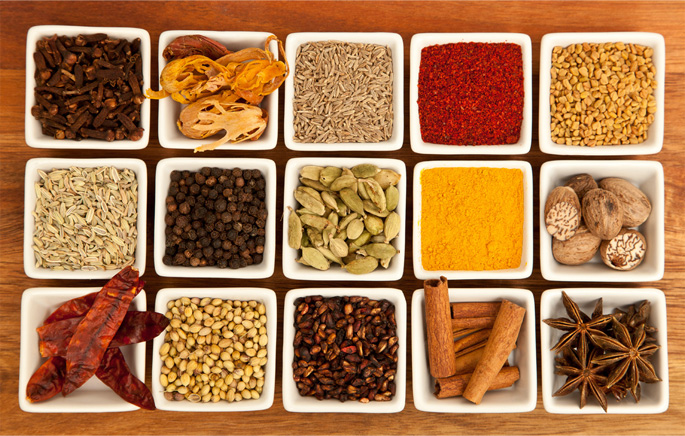 Kerala is famous for spices. Merchants from ancient Phoenicia traveled to Kerala to take its spices to the Mediterranean lands. There are a wide variety of spices grown here which includes pepper, cardamom, cinnamon, ginger, cloves etc. The spices from Kerala were used for adding flavors to food and wine and also to preserve meat during the cold climates in Europe.

Spices are an aromatic substance which can be used for flavoring the food or can be used as a preservative. Spices can also be used for various medicinal purposes. For example, spices such as turmeric and curry leaf have high medicinal value. Turmeric is an anti-oxidant. Curry leaf can be consumed to prevent or control diabetes

It is fascinating to wander in a spice plantation. Each section of these plantations grows different spices The spices that are grown traditionally in our country include pepper, cinnamon, ginger and cardamom. But now there is an increasing trend for the farmers in Kerala to grow spices that are used worldwide. Such spices include vanilla, oregano, rosemary, thyme, basil, mint, bay leaf and sage.