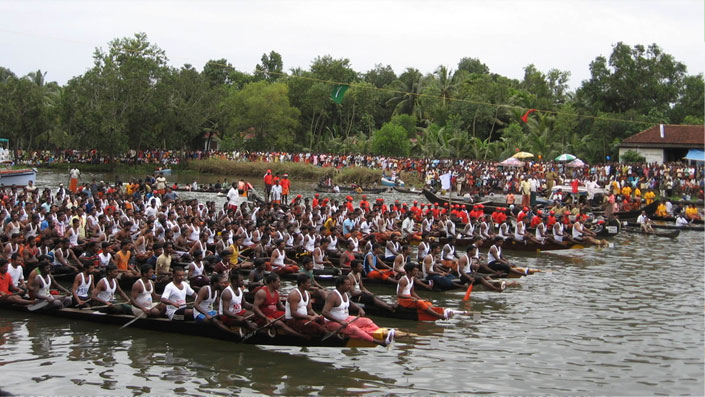 A popular boat race conducted in Kerala is the Payippad boat Race which is held in Payippadu River, a tributary of Achankoil River near Harippad in Alappuzha district. It is conducted in the Onam season in the Malayalam month Chingam that falls in August / September and lasts for 3 days. This vallam kali is unique as it is performed continuously for 3 days unlike other boat races. Besides boat race, several other cultural performances are also conducted here. The major attraction is the race of the Chundan vallams. Thousands of people gather here to watch this event.

This boat race is associated with Harippad Sri Subrahmaniya Swamy Temple and is conducted to commemorate the installation of the idol of this temple. The legend says that the people in Harippad decided to construct a temple in Harippad with Lord Ayyappa as the deity. Before installing the idol the villagers had a vision that the idol could be found under a whirlpool in Kayamkulam River. The people then searched for it and obtained the four handed idol of Lord Subrahmaniya which was worshipped by Parasurama. This idol was taken to the shore accompanied by numerous country boats.  It was then kept for public view and then later installed in the temple. The boat race is held annually in memory of this.