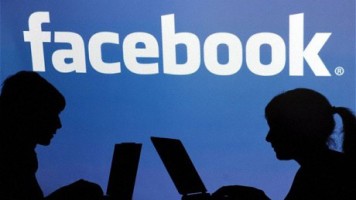 Posted by  kerala Leave a reply

Prasanth Chandran, based in Aluva, who is popular among his 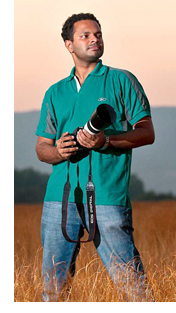 friends and fans as Gulfu is one of the leading professional photographers in Kerala. He had a passion for photography which he has chosen as his profession. He began his career with mobile based photography. He worked as a full time public relation professional in Bangalore for 3 years and is currently working as a PR Consultant in Nimble Drones in Cochin.

He travelled across Kerala and the beautiful landscapes and sceneries of Kerala, culture, lifestyle, art, festivals and much more has been captured by him. He had made use of some of the latest techniques in photography and is even keen to adopt the most modern techniques. He uses Canon cameras for his photography, Canon 1Ds Mark IV being his favourite one.

Prasanth Gulfu has conducted various photography exhibitions in various parts of Kerala in association with many Photographic clubs and groups. His work is really a visual treat for all and has always been an inspiration to the upcoming and amateur photographers. The Kathakali photos taken by Prasanth were selected for New York Photo Journalist Exhibition. He had participated in exhibitions organised by Malayalikoottam, Keralaclicks, Viewfinders etc. Besides, several exhibitions are conducted in and out of Kerala at Kochi, Trivandrum, Thrissur, Bangalore, Mumbai etc.

Photographs of Prasanth Gulfu had always been in demand in the media as well. As a freelancer he is regularly providing photos for National dailies like The Times of India and Indian Express, FWD magazine, Light and Composition Photography Magazine, Better Photography Magazines, Travel magazines like Tourkoot Magazine etc. Prasanth‘s photo had been used in our Kerala.me websites as well. Kerala.me’s calendar photos are also taken by Prasanth.

Prasanth Gulfu has also achieved some honours for his photographs. Some of which include prizes at photography exhibition conducted by Canon, Light and Composition Magazine, Picsen and many more to his credits. A prestigious recognition for Prasanth was that, out of the 20 pictures of Kerala selected by Yahoo for a feature showcasing Kerala, one was his.

Recently he had travelled to Japan and captured 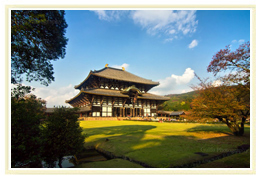 various interesting snaps of Tokyo city for a photography project in a magazine. It was his childhood dream come true to visit Hiroshima. His dream projects include travelling across the world to places like Afghanistan, Andaman and Cambodia to do a time lapse of sunrise to sunset.

When he captures a particular image, he also wants the people to know the story behind that picture. He uses many colouring techniques and is always interested in experimenting new techniques in photography. His creativity and unique ways of capturing anything has raised him to the level of a promising talent in the field of photography.

Prasanth has a hand full of projects for future which includes working with a music band based in Kochi for their music video. He is also trying his hand at videos for the first time. Besides, there are many photography projects for some magazines.

One of his recent and creative works is the “Timelapse at Kochi” which is a video of Kochi made from 2300 separate stills. In order to make this video, camera were fixed at various places in Palarivattom junction in Kochi and he spent around 5 hours to take thousands of snaps. These photos were then sequenced to give an impression of motion and a complete video is made. The timelapse technique is very popular in foreign countries and it was his long time dream to create a Timelapse based in Kochi. He has also plans to make timelapses of events happening in a day, a function in marine drive etc.