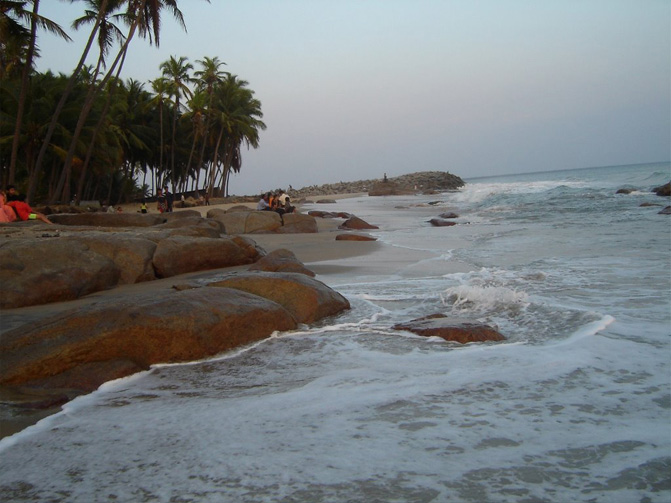 The Ezhimala beach is in Kannur district and is a very prominent beach which provides beautiful scenery of the coconut trees and the sun’s rays penetrating through them. Here, the hospitality provided is traditional and is often called a virgin territory. Entry to this beach is only with prior permission. This beach lies between hills and so is at a very high altitude. There is a hillock in this beach with a height of 286 meters. There are some stone pillars at several places which beautifies the beach. At the foot of the hills lie a burial chamber and an old cave. It is also famous for some of the rare medicinal herbs.

The Naval Academy of Kerala is being developed at this place and is to be one of the largest naval academies in India. Near to this beach lies an old mosque on the hill that attracts a large number of tourists. This place has significance in history as it is the capital of the Mushika Dynasty. People here believe that Lord Buddha has visited this place. Another attraction of this place is a lighthouse called as Mount Deli lighthouse and is maintained by the Navy.