Stress is the force that produces a strain. Our body needs to react to any changes in terms of physical and mental situations which may lead to stress. If one cannot cope up with the change then his mind may become filled with various emotions like frustrations, anger, disturbed etc. In such a case that person is said to be under stress. 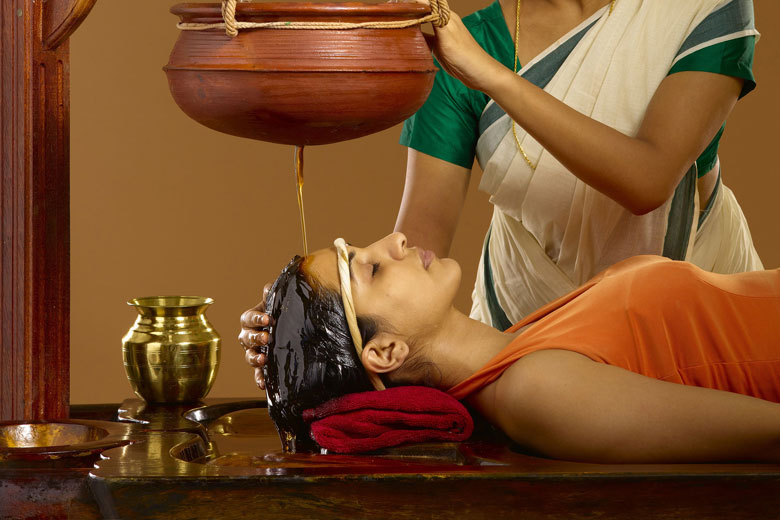 Stresses are of several types. The first one is mental stress which is caused by the over use of our mind. This occurs if a person works for long hours continuously without any rest. According to ayurveda, working on a computer for long hours leads to imbalances in the Prana vata which is the mind body operator. A symptom of this is the inability to handle the stress. When a person becomes over stressed, his mind becomes hyperactive and he looses his ability to make any decisions or even sleep at night.

Another type of stress is the physical stress which is caused by the overuse of body which results from over exercise or working for long hours on a job that is to be done physically. Physical stress can also occur due to less exercise. It can lead to dullness and physical fatigue and finally the person becomes physically tired. According to ayurveda, if there is excessive physical stress, three sub doshas become unbalanced. They are the Shleshaka Kapha which deals with lubrication of joints, Vyana Vata that deals with circulation and nerves and the Tarpaka Kapha that deals with the neuro system.

The stresses can be short term or long term. Short term stresses are those that react to some sudden threats. Long term stresses result from the modern life where the stressful situations are not short lived.

Some manifestations of stress are as follows

Many people are prone to have stomach ache during stress. This is due to the release of stomach acids and they also stimulate the colon thereby speeding the passage of the contents in it.

The long term stress can damage the immune system making the person more prone to any disease and infections.

The increase in the cortisol level increases the heart rate thereby increasing the blood pressure. This in turn increases the risk of heart attacks.

Stress can affect the skin conditions as well, such as eczema, acnes etc. This may lead to asthma.

In Ayurveda there is the Panchakarma treatment which is useful to maintain the tridoshas which helps to balance the mind and the body. The medicines used are the medhya rasayanas which are good for the brain for maintaining a better mental health. This in turn helps to cope up with the stress.