Kerala – At a Glance

Kerala which is called as the “God’s Own Country” is one of the most beautiful states of India. It is a narrow strip of land which lies between the Western Ghats and the Arabian Sea and holds diverse geographical features. It is well known for its greenery and the coconut trees from where it got its name Kerala, which means “The land of coconuts”.

Kerala state came into existence on 1st November 1956. There are 14 districts which are divided into Taluks. The Taluks are sub divided into villages. The 14 districts in Kerala are Thiruvananthapuram, Kollam, Pathanamthitta, Kottayam, Alappuzha, Idukki, Ernakulam, Thrissur, Malappuram, Palakkad, Kozhikode, Wayanad, Kannur and Kasaragod. Kerala has the highest literacy rate in India. The people of Kerala are called as Malayali and the language is Malayalam. 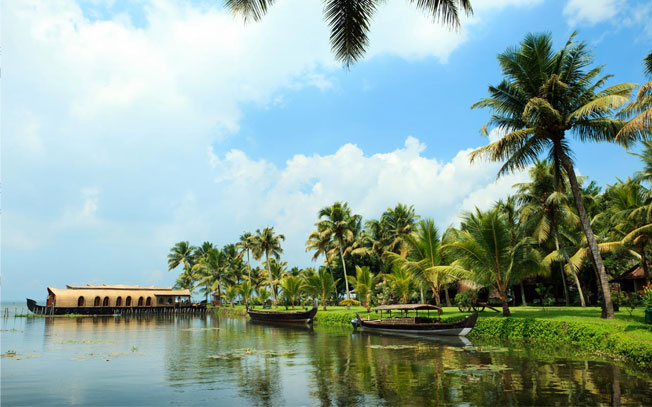 Geographically Kerala can be divided as Eastern highlands, Central midlands and western lowlands. There are high mountains and valleys in the eastern part of Kerala. The coastal area of Kerala extends to 590 kms. There are numerous lakes, rivers and backwaters in Kerala.

Kerala is a popular tourist destination. There are many tourist attractions in Kerala. The moderate climate, calm beaches, beautiful backwaters, serene waterfalls, cool hill stations and striking wildlife, all makes it a destination of a lifetime. Together we have the cultural marvels such as colorful festivals, spicy and unique cuisines, ayurveda treatments and various art forms.