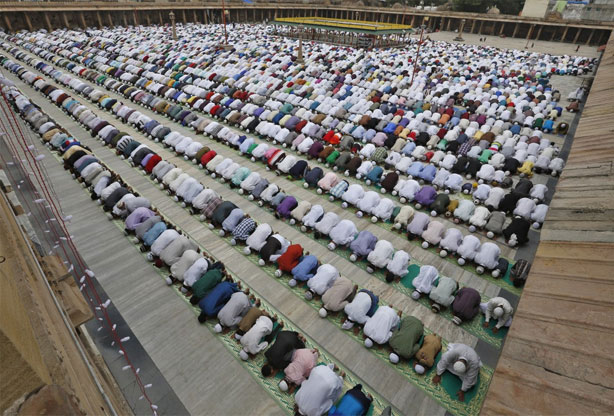 Muharram is the starting month of the Hejira year. The first day of this month is celebrated as the Muslim New Year. It is not a single day and this month is considered as a holy month. In this month fighting is forbidden. The Islamic calendar is based on the lunar changes and hence Muharram is not fixed and it keeps on changing. The word Muharram is got from Haram which means forbidden. Hence it is the forbidden month. The 10th day is called as Ashura and is celebrated by all the Islam because they believe that the God has created Adam and Eve on this day. Not only that, the grandson of Prophet, Imman Hussain died on this day. So this day is considered by the Shia Muslims as a day to mourn. They wear black clothes where black is considered as the color for mourning.

The Shia Muslims consider Muharram as an occasion for religious ceremony whereas the Sunni Muslims do not celebrate Muharram instead they observe fasting. People observe fast on the 9th and 10th day. The reason behind this is that Prophet came to know that the Jews fasted on the 10th in order to thank for their freedom from the Egyptian slavery. Prophet believed that it was Allah who saved the Israeli people from their enemies in Egypt. So he also decided to fast on the 9th and 10th from the next year onwards. But he died and his wish could not be fulfilled. So the Sunni Muslims decided to take fasting on those two days.

It is not required to fast the whole month. But they believe that one who fasts in this month will be rewarded by the Almighty. It is very important to fast on the 10th day. People perform various good deeds on this day such as giving charity to the poor, make friendship even with the enemies, visit and take care of the sick people, visit the shrines and graves of Muslims etc. In Kerala, pulikkali is performed by some Muslims as part of the celebrations. The people paint their body like that of a tiger and dance through the streets as part of the processions.