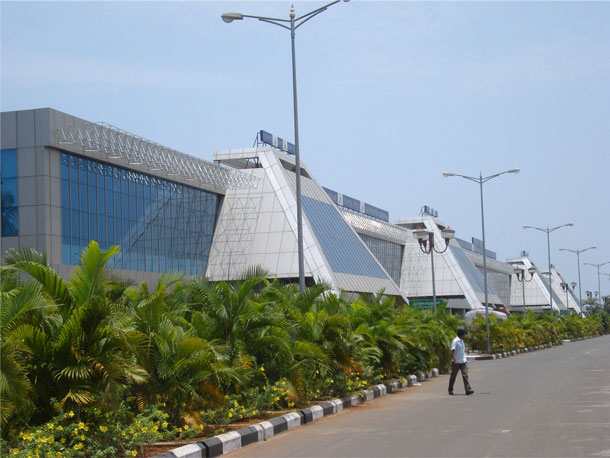 Calicut Airport which is also called as Karipur International Airport is located in Karippur in Malappuram district which is about 27 kms from Calicut. It was regarded as an International Airport in the year 2006. This airport stands in 12th place when considering the busiest airports of India and is in the 11th position in cargo handling. The proposal for the Calicut airport was approved after long struggle which started right from the year 1977. It was with the effort of the Gulf Malayalis that the funds for the development of this airport were collected. The Malabar International Airport Development Society was established to help to raise the funds for the same.

The airport has been modernized and a major role for this modernization was performed by the Airport Authority of India. The facilities provided here have been improved which led to an increase in the number of passengers through this airport. There is the Inline baggage system which is first of its type in our country. Some of the passenger facilities in this airport include user friendly conveyor belts, escalators, Elevators, luggage rooms, restaurants, cyber café, duty free shops etc.

The runway of this airport is bordered by hills and valleys. The runway of this airport has the lead-in lighting system which guides the pilot to have a proper vision along with an approach path during night. During night and poor visibility conditions, this system facilitates the pilot to go through the required path which may be either straight or curved. It has group of lights kept in the path at a distance of 1600 m apart.