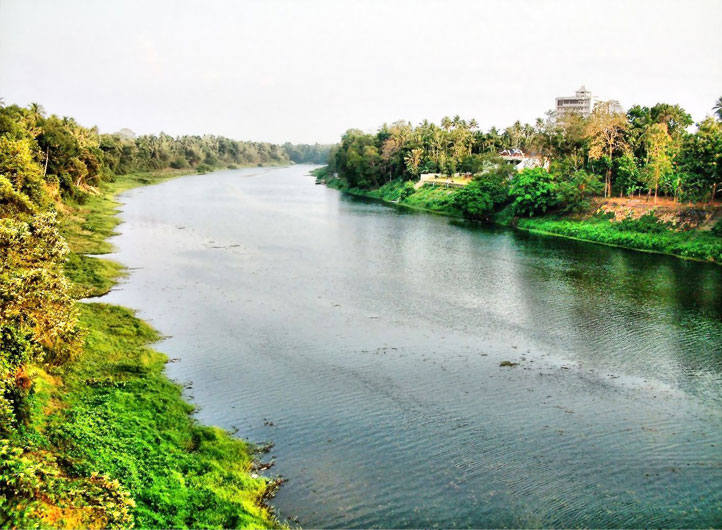 Chalakudi River flows through Chalakudi in Thrissur district. This river has a length of around 145 kms and spread over the districts Palakkad, Thrissur and Ernakulam. It is the fifth longest river in Kerala. This river has the relics of riparian vegetation. There are a wide variety of riparian species of plants together with evergreen and forests. This river is considered to have the richest fish diversity in our country. The river originates from the Anamalai in Tamil Nadu.

The river is joined by several tributaries that have originated from Parambikulam, Sholayar, Karapara and Kuriyarkutti. Besides the water from the four main tributaries, some other small tributaries also join this river. This river then joins with the Periyar River near Ernakulam and then empties into the Arabian Sea. This river is famous for the two waterfalls namely Athirapally and Vazhachal waterfalls.

There are some Hydro electric projects on the Chalakudi River namely Sholayar Hydro Electric Project and Peringalkuttu Hydro Electric Project. There are about 7 dams built on the river. A dam built in this river is Thumboormoozhy dam which is constructed for irrigational purposes. Another tributary of Chalakudi River called as Parambikulam River has a dam built across it. This river is considered to be less polluted.